Every modeler has their own way to rate the quality of a kit. To some, a low price point trumps all other considerations. To others, ease of build or out-of-box detail might be the defining factors. To me, I prefer a good mix of out of box detail without unnecessary over-engineering, and I want it to go together in a way that is more akin to building a plastic model than carving a model out of plastic. I’m willing to pay for those considerations, although there is definitely an upper limit to my generosity.

Eduard’s limited Edition boxing of Hasegawa’s P-40N pushed the envelope of my desire to pay for a kit.  But, as I have come to expect from Eduard’s “profipack” boxings of other kits, everything one needs for an exceptional build is in the box.  This is no exception.  Ease of build, engineering, and detail all sit right in the “Goldilocks Zone”. The end result is a truly enjoyable build without many head-scratching engineering choices, and extra detail (including some attractive marking options) that elevate the stock Hasegawa kit into rarefied air.

There isn’t much to say about this build that can’t be said about every other build: follow the instructions, and test fit often. There are only a few areas where any modeler might need to take more time.

I’m using tape here to minimize the wing root gap and assure the correct dihedral. Note the putty around the gun inserts on the wing leading edge and a ring of filler around the tail.

Beyond that, there are many areas where this kit shines. The general fit was exceptional. Even the fuselage to wing root gap was minimal, although it did require some corrective dihedral.  The provided photo-etch for the cockpit really amps up the detail and realism.  The clear parts included in the kit are wonderfully clear and required no Future or polishing to get a great result. The windscreen to fuselage engineering is masterful and Eduard’s pre cut masks fit perfectly. The landing gear were incredibly easy to install and provide one of the more solid gear attachment points I’ve ever encountered. Eduard’s resin exhaust and wheels are truly works of art. I could go on, but I won’t.

The bottom line is if you want a late war P-40 in 1/32 to add to your collection, this is a must-have. The stock kit is suitable for all but the most green of builders.  Anyone with a pocket full of cash, and a little experience using resin and photo-etch, will find this kit enjoyable and the end result suitable for display. 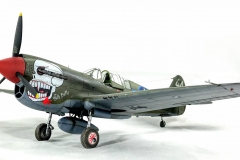 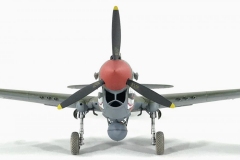 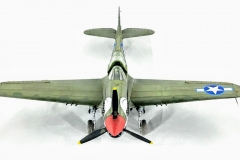 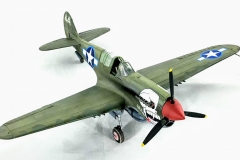 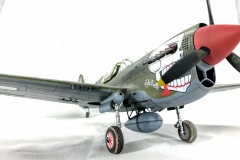 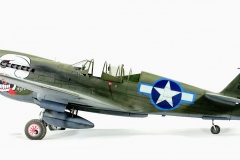 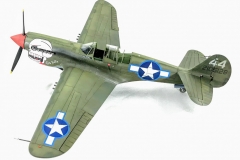 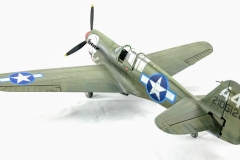 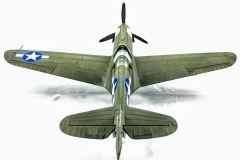 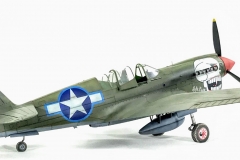 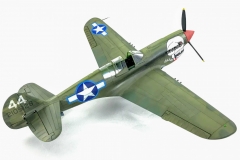 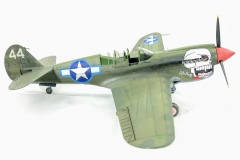 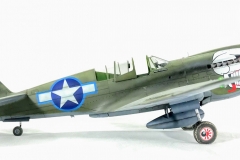 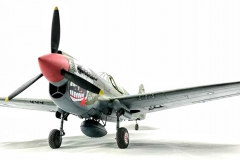 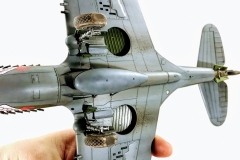 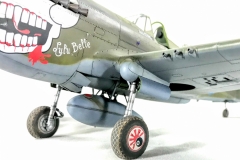 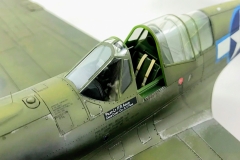 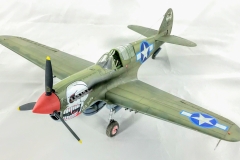