Airfix’s late 2019 release of the B-25B Mitchell in 1/72 scale was a welcome announcement and continued their series of Mitchells in braille scale. This will be our first “Unvarnished” review but before we get to that, we’ll take a look at what comes in the box. Actually, before we do that, let’s take a look at this box.

After the Japanese attacked Pearl Harbor in 1941, the United States needed to strike back. Lt. Col. Jimmy Doolittle was tasked with leading a carrier based assault with medium bombers, a feat never before carried out. On April 18, 1942, Doolittle and his crews carried out their mission, inflicting minor physical damage on Japanese industry but the raid was a major morale boost for the reeling United States.

The box features a beautiful rendition of a B-25 taking off from the USS Hornet on the Tokyo Raid.

Clear Sprue
Airfix continues to amaze me with the crystal glass on their clear sprues. They break up clear parts onto two sprue with one being the canopy glass and waist gun positions. The other consists of the turrets, nose glass, and the various windows that are spread throughout the airframe.

Not only are these parts incredibly clear, they appear to be engineered in a way that should ease construction. Canopy glass includes a large section of fuselage forward of the canopy itself. Waist windows are included with a large section of the waist fuselage attached. Builders should feel comfortable gluing these into place without fear of marring the windows. 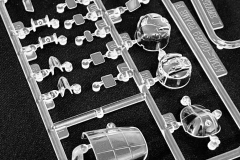 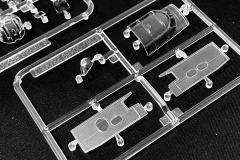 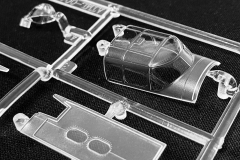 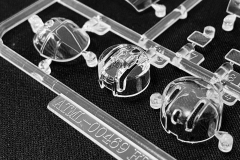 Sprue A
Sprue A is one of the three main sprue and consists of the wings, props, one wing spar, and the closed bomb bay doors. The wings appear to have finely recessed panel lines, not the trenches that Airfix is known for, as well as some rivet lines, though a more advanced modeler may wish to add more rivets. 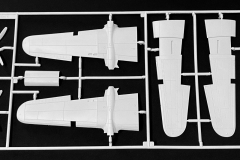 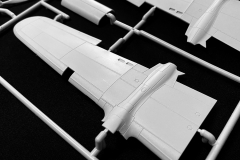 Sprue B
This sprue is a bit busier than A was. The fuselage halves, engine nacelles, other wing spar, horizontal stabilizers, and the start of some of the interior. Just like the wings, the fuselage halves show some fine panel lines and some minor riveting.

Interior parts are crisp with minimal flash to clean up. There are a number of ejector pin marks around the interior of the fuselage halves, but they all appear to be in places that will be hidden. A bit of smart engineering on Airfix’s part. 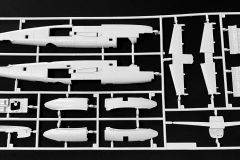 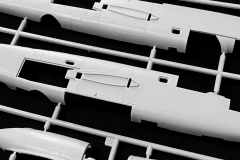 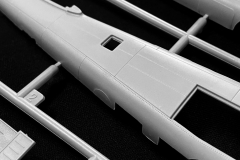 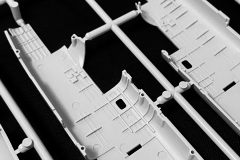 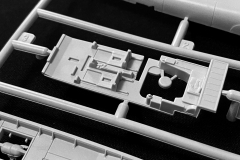 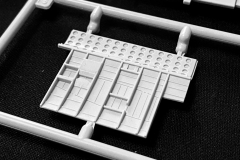 Sprue C
Here we find the vast majority of parts including the engines, wheels and gear, more interior parts, and the pilots.

The Wright R-2600-9 radial engines feature some nice detail on the cylinder heads and are constructed in a style typical to smaller scale kits. The front set of cylinders are fully modeled while the rear set includes the firewall where it mounts to the nacelles.

The weighted tires appear to be very well molded with crisp diamond tread detail. I typically replace kit wheels with resin, but these look like they will do the job well for someone who builds out of the box.

The pilots look very good for this scale. Especially since very little of them will be seen once they are inside the greenhouse, for those who include figures in their aircraft. 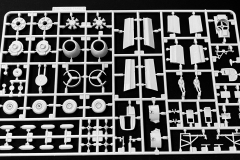 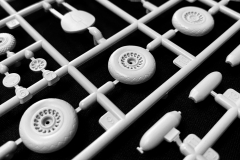 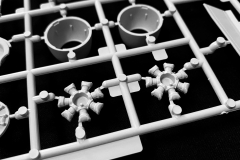 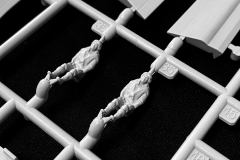 Sprue D/H
The final sprues wrap things up with the moving surfaces, remainder of the interior parts (including the instrument panel with attached rudder pedals and the yokes). Also found here are the handful of .50 caliber machine guns that adorned the B-25. Broom handles are not included for those building the included Doolittle bomber however it shouldn’t be hard to craft them for yourself if you strive for historical accuracy. 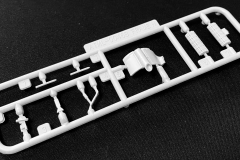 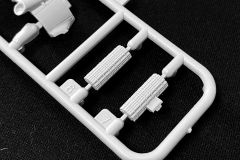 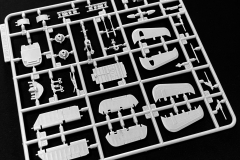 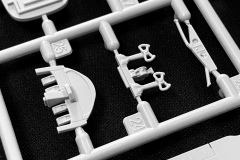 Markings
Included are two rather plain schemes, though these early Mitchell’s didn’t carry much in the way of fancy nose art. The first option is one of the Doolittle Raiders “Hari Karier”. The second option is for an aircraft on maneuvers in Louisiana in September 1941. There are only a few minor differences between the two aircraft, the most notable being some white crosses on the Louisiana aircraft and blue on the front of its cowl.

There are no manufacturer markings on the kit decals, but I’ve always had good experiences with Airfix decals. I expect no different from these. 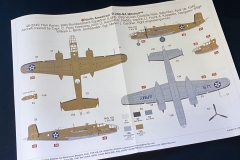 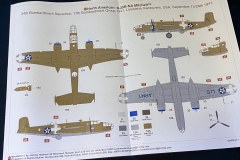 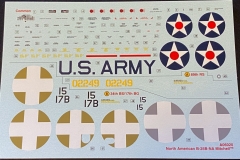 Stay tuned for the “unvarnished” build review of this kit in the next week or two.